So 3 years ago I wrote up this idea for a GPS Maze game I wanted to make. I played with the idea at a hackathon then blogged about it … then did nothing more as there was one piece of it that was really hard to do. But then just last week I searched and found a library for that, and now after about 10 hours work I have a working prototype!

The idea is to have a GPs maze game, but based around a map that someone has drawn on a particular place. You draw a maze on a map: 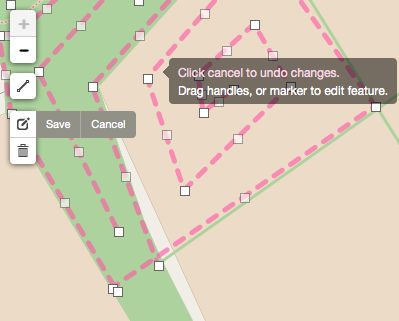 Then you download the maze onto your phone, go out to the actual place and play it! We’ve just been out for a walk to test it in an Edinburgh park. 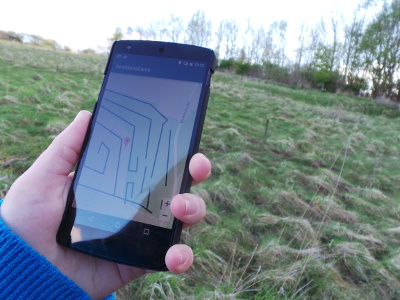 The advantage of this over the usual maze games that just drop down a maze wherever you happen to be is that the maze designer can take account of any natural barriers or features that might make the maze more interesting, and they can avoid things that would be actively dangerous like main roads.

It could be a great way to explore a new area, or see a familiar area in a different light. And it could be fun to draw mazes on areas you know, and set people puzzling.

Lots to do on this still, so please excuse me not putting the code/app online yet – but let me know if you want to play! Android V4+ on phones with GPS only at the moment I’m afraid.